It so happens that one of my recent gigs required me to write up a few short recommendations of Seoul whiskey bars. And since I haven’t been away for some time, I decided to take the opportunity to see what was new in town. The first round, I invited my lawyer friend and her new boy-toy to come along. Which was a bit of a mistake because instead of enjoying delicacies of renowned whiskeys, they got pissing drunk and it was a bit of an embarrassment. To be honest, I wasn’t perfectly sober myself, as somehow several bottles of soju and beer made their way to our table during dinner. Either way, as much as I love my onni (kor. older sister, female friend), I know going out with her after 7pm probably means some epic drunk trouble from everyone involved. So bearing this truth in mind, I decided to be more cautious in choosing my partner in crime. So for the next outing my partner-in-crime was my blasé oppa (kor. older brother, male friend), a refined amateur of high-end alcohols. The night was a grand success, full of unexpected twists and turns, which, hopefully, you can read about soon. 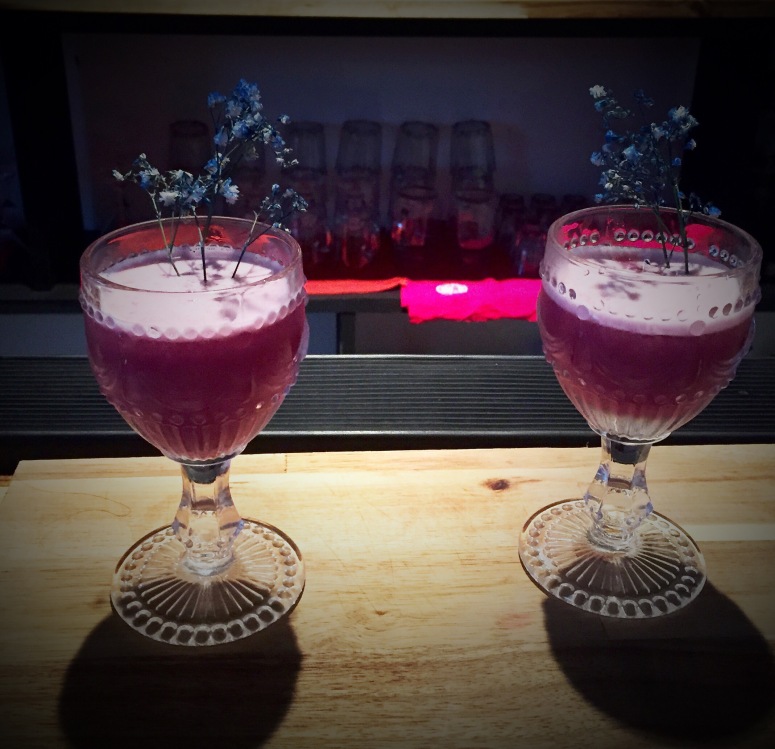 There was one more bar, all the way in Chungdam, recommended to me by Jackey Yoo, which I wanted to check off my list before the deadline. Alas that meant going there on a Tuesday evening. My blasé companion from the previous outing declared that he was short on necessary funding, required for visiting the high-end neighborhood south of the river. I didn’t bother asking my roommates, because I knew the state of their finances as well as entertainment preferences, and a bar in Chungdam was never going to be a desired destination. The rest of my potentially affluent, potentially alcohol-consuming acquaintances were also working 9 to 9 jobs and had no interest of going out on a weeknight.

The bottom line was that either I would go there alone or not at all. Disclaimer: I chose the latter. Here’s some of my reminiscence on the decision:

Let’s start with the general social principles: in Korea it’s awkward to go out alone to most restaurants, bars. Similar to France, consuming a meal is celebration of the relationship you have with those around you. The food has secondary value, with conversation and formation of jeong are in the spotlight. Sure, this is changing, mainly due to the introduction of the coffee shop culture, where it’s totally ok to spend a whole day alone, working on your computer (it’s kind of tough to work in most Seoul homes, for number of reasons). This trend has progressively spread onto restaurant and dining venues. And so yes, the bartenders in Seoul see more and more people walking into a bar alone. The thing is in most cases such people are men. 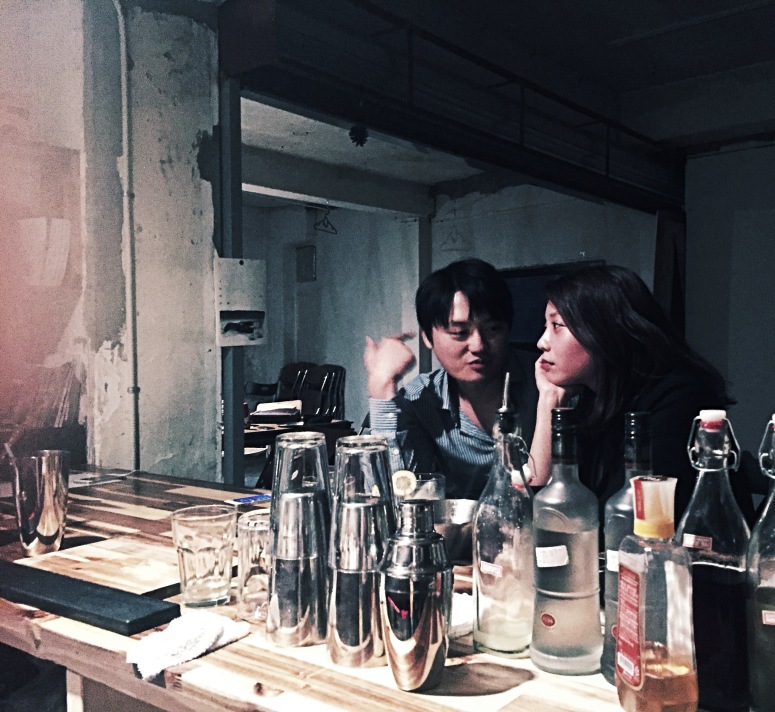 I went ahead and asked various ladies I know if a) they have ever been to a bar alone b) if not, would they go alone if they had the chance. The general sentiment was that a woman going to a bar was a no-no. On one hand, there is the worry that people would judge you as being ‘that woman’, inviting trouble your way. For some reason a woman sitting alone at a bar, drinking alcohol, is seen as ‘asking for it’, similar to when she is wearing more revealing clothes or daring makeup. Therefore to avoid the discomfort, a lot of girls just prefer to stay at home and drink there, if they cannot find companions for a night out. Unfortunately ‘slut-shaming’ expands not only to how we dare to look, but also how we choose to spend our free time. 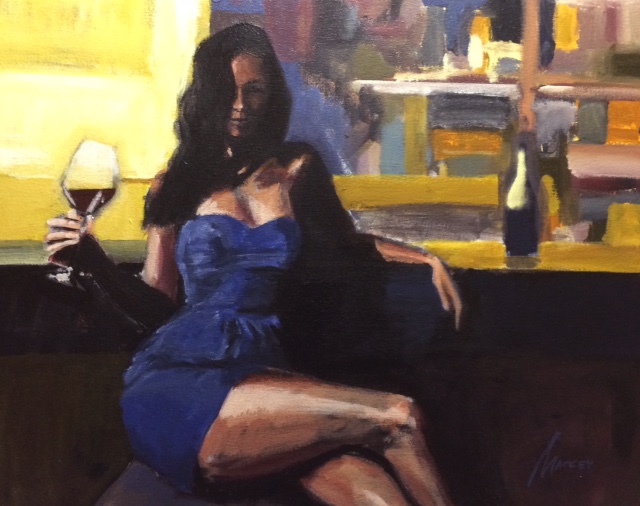 On the other hand, there is the thing that you go to a bar, order a drink… and then what? Just sit there awkwardly? Not everyone finds pleasure in being by themselves, nor in talking with bartenders or other bar patrons. This comes back to my earlier thought, that bars play an important role in cherishing relationships with those who are important to you.

Interestingly, my older female friends (35 and older) seemed more adventurous and braver in trying out the experience of solo bar-going. In fact some of them had gone by themselves for a nightcap and enjoyed it. I’m guessing it is because with age you do care less and less what people think about you and your behavior. And as a woman, you usually become more confident and stronger in fending of those who criticize you or make you uncomfortable. 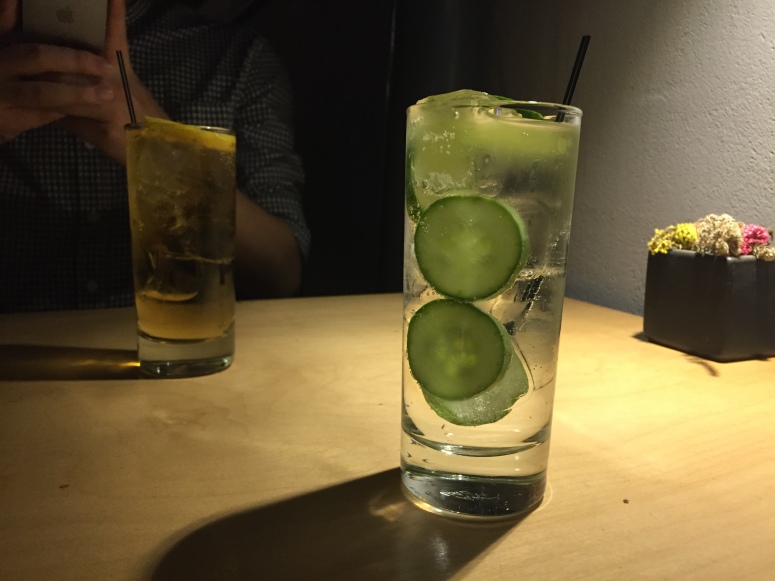 As for me, there it’s all the matter of place and time. The whole reason I got into bartending was because I started hanging out at my then-neighbourhood bar, Mania Street. The first time I went with a friend, but as I was coming from work later and later, I would stop for a chill-out drink to downwind after my corporate day. I became so friendly with the bartenders there, that I would ask them to walk me home, if I was getting off work after midnight (the neighborhood would get a bit dodgy at night). And even though I don’t live in the area (or in the Kyunglidan stop), I now I can still drop by anytime and feel perfectly at home with my hommies.

I guess this pattern expands to other bars: the closer I am with the staff, the more likely it is that I would show up there alone. Keepers would be a good example: my seonbae (older colleague) works there and I would have no problem in hanging out there chatting about whatnot. 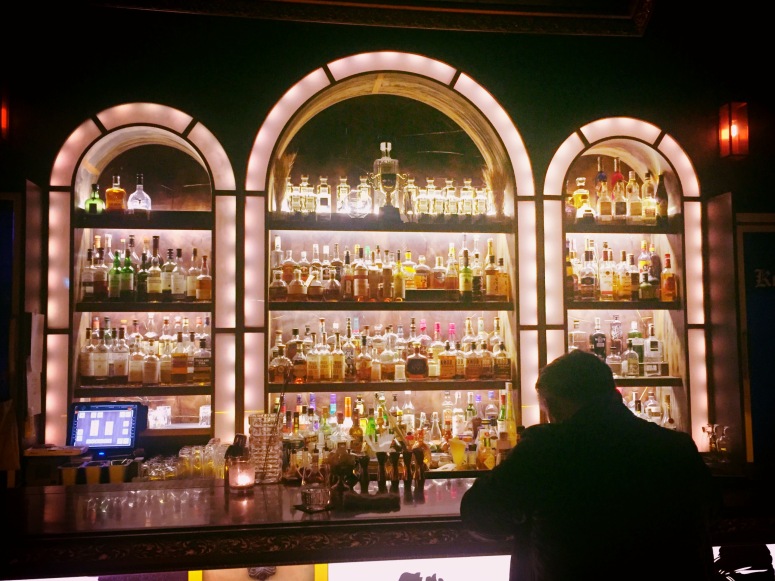 Another place I would eagerly go alone to is Sweet Jane. I’m not too close with the owner/barmaid (hopefully that will change!), but the fact that it is a chill place, run by a fellow woman, makes me comfortable and confident that nothing but good times can be had there.

But… that’s pretty much it. To go to any other bar in Seoul, I would need to have a companion, in some cases preferably a male. If I went alone, I know I would not be able to relax and enjoy myself. I would be constantly on the edge, worried that some male patron would come up to ‘hunt’. And the bartender would do absolutely nothing, because the guy would ‘only’ be talking. So I would be stuck on my own to protect myself, trying to get out of the guy buying me a drink (I absolutely hate it when strangers do it). And even if such situation wouldn’t occur, I would still have on the back of my mind the social stigma that comes with being a woman sitting alone at a bar. 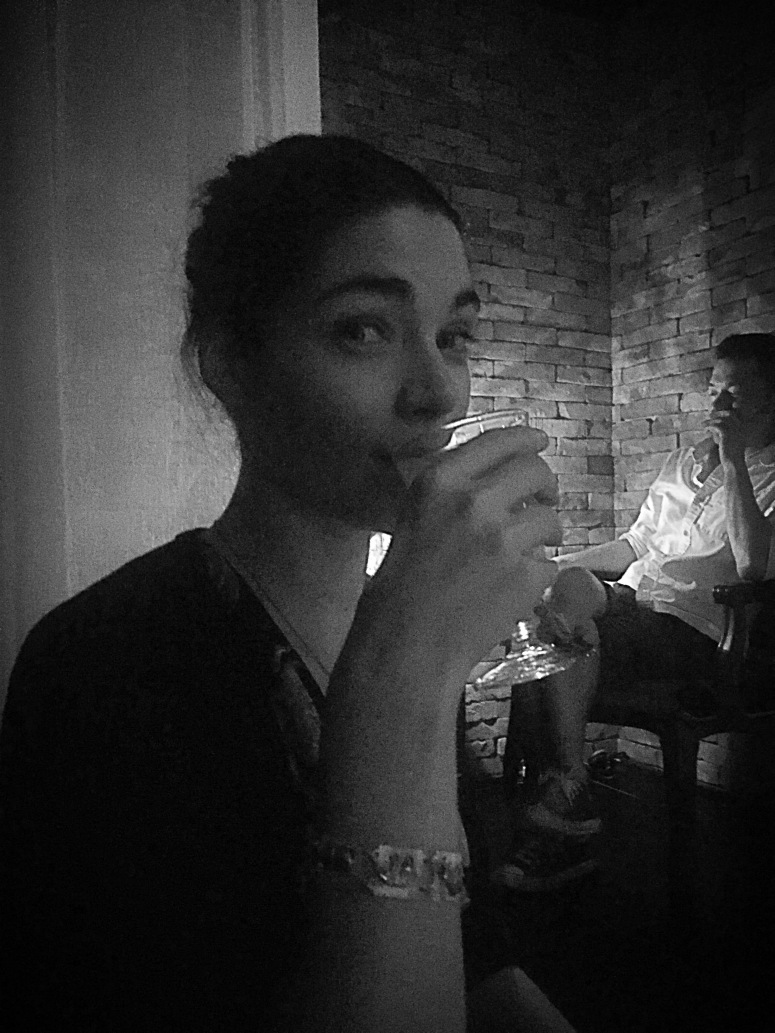 Will I not feel anxious about going to a bar alone? <source: Marta Allina>