I was asked to write this text as part of Carry On Youth campaign run by Zwolnieni Z Teorii, Social Wolves program, that encourages students and young people to run diverse social projects.

‘If you want me to work for you, you have to know that I have other important stuff in life than just making sure this company succeeds,’ I said to my now-boss, when we were talking a few weeks back about me joining the company. ‘I have to have to do me-stuff. And it’s not only crossfit’. 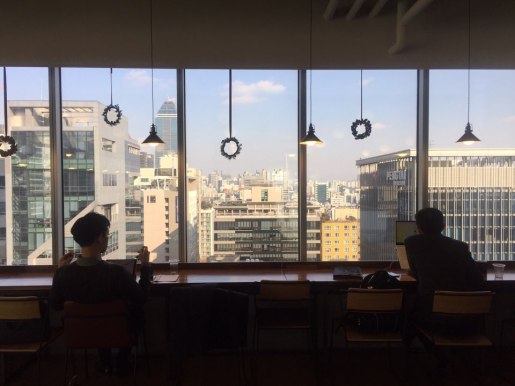 What is work? And what is not work? (WeWork Gagnam)

Back in the days, when I was corporate rat, I thought that I cannot even think about stuff outside of work, until our project(s) succeeded. Even things I did do outside office hours (namely exercising) were for the bigger cause (to look better/more attractive as the ‘sales face’ of the team). That train of motivation obviously didn’t end very well. My recovery journey took me to a lot of places, but the most groundbreaking was the Seoul city brand project. Although the result itself can be disputable, the voluntary initiative of various professionals showed a whole new world of ‘giving’. That, in long term perspective, results in ‘getting back’.

To be fair, I do have some ideas for the Crossfit community and depending resources I plan to do stuff here too! For now tough, it’s my physical de-stresser.

Sure, the main focus of our 5-day week is our job/school work. After all we are either getting paid to perform certain tasks/services or (our parents/the government) is investing in us getting skills and knowledge to be able to perform in the future the former. But why not set apart some time of your ‘non-work’ time to do something that is for others? I know a lot of people who do it for very down-to-earth reason: a slip saying you did voluntary/social work gives you extra points when applying to university programs or for a job. And that’s perfectly fine! But while you are at it, you sometimes discover that nice, fuzzy feeling of when what you did helped someone out. I do sometimes wish that we could revolutionize our economy (with blockchain, why not) and instead of using currency and money value for our services, we could barter with those feelings of fuzziness.

I am currently involved in 2 initiatives. One is Django Girls, with whom I’ve been for now over a year. I joined them on whim because I wanted to understand coding and network with the developer community. I won’t become a coder (although, who knows?) but a lot of my work involves working with projects based on various code languages and in order to do my job, I have to understand what’s going on. But what I ended up with is a community of girls and women, ambitious to learn new tech skills, in a safe and friendly environment. It opened my eyes to whole set of problems in the society in general, on how hard it is to be a woman in a tech industry, on how judgemental we can be to each other. And when we ran our annual Django workshop (for which we had more than double of applications than we had spots), and saw the thrill of ladies (all ages, shapes, backgrounds, sizes) getting to create their first blog page, I understood how important what we do is.

The other initiative is Startup Weekend Seoul with the blessing of the amazing TechStars. It has been run several times, as a usual hackathon. This year we are taking it to a new level, with 4 themes that we think need some innovative improvements: Women, Youth, Creative, Social Impact. And so far the reaction to our idea has been great, both from the startup community, corporate partners and ordinary people. Especially here, in Korea, people seem to be desperately seeking ways of stepping out of the box, achieving something that is not dictated and ‘strongly suggested’ by government agencies (for now I will not go and slam the whole concept of SME/startup support by the government, whose knowledge of business is based on a college sophomore economics course). I’ve met some very brave, smart and enthusiastic people that want to do some good for people, not for the country (as in government body).

So why do I do these things, instead of using my free time to fart in my bed, while watching Netflix (which I do too! just not ALL the time)? Or drinking out with my friends? Or squeezing in another crossfit WOD? Fuzzy feelings apart, the truth is that someone helped me along the way. Just because, altruistically, no strings attached. And it’s now my turn to give back to the world, with what resources and skills I have.
And my boss shouldn’t complained. Because of my reach into the developer community, our recruitment for the R&D team has been going swimmingly.

So, you know. Do something. Find something you are passionate about. Or something you want to learn more about. And go and get involved. The least, you will learn that this thing is not for you. But you will meet some cool and understanding people that somehow will give you a nudge into a right direction. Always have time to step out of your box of routine and do something selfless. I guarantee you will feel warm and fuzzy. 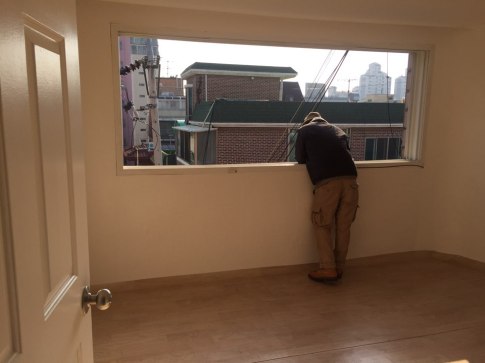 There is a whole new world outside the daily routine box.